Meet (some of) the team!

We are a one church made up from 3 denominations – Baptist, Methodist and URC. We believe that Jesus lived, died and rose again; that he is the Son of God and our Saviour. We believe in God the Father, God the Son and God the Holy Spirit, and that the Bible is the word of God for us. We also believe that if you don’t understand any of that – it’s ok! 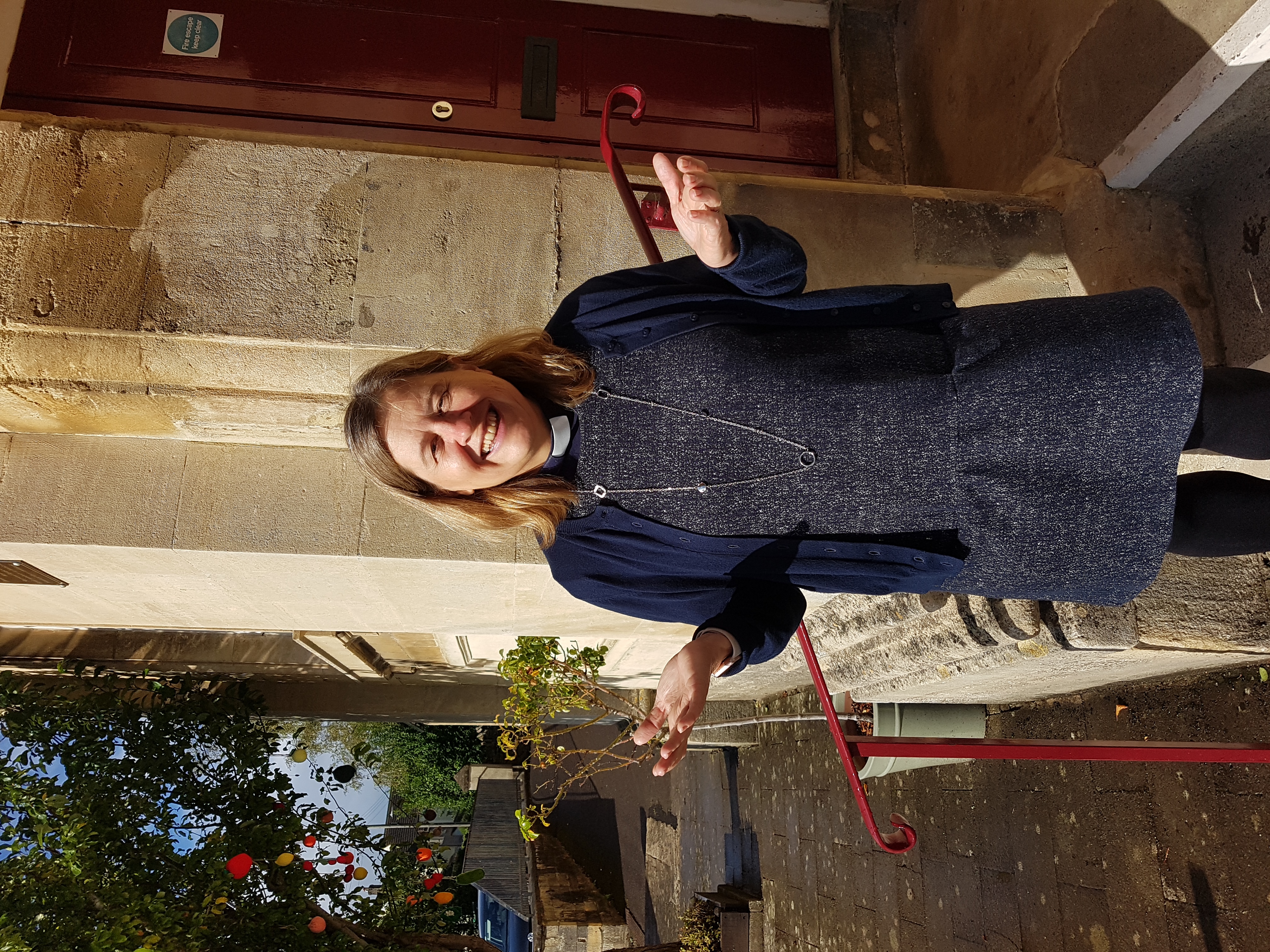 Reverend Esther Mason is the minister of Christ Church. She is Baptist by birth and belief. When she was 12, her family moved to Melbourne in Australia.

When she was 18 she went on a Scripture Union Camp and met a young man called Phil. They married when Esther was 19.

In 1996 they came to England and settled in Wallingford, Oxfordshire. Both in Australia and here they have been very involved in church life and in 2015 she decided to test the call to be a minister. She spent 3 years as a theology student at Regents Park College in Oxford before becoming Associate Minister at Wallingford Baptist Church.

Esther and Phil have three younger members Jake, Annie and Reuben. Jake is married and the other two are currently pursuing their university careers.

Last year Esther was interim chaplain at Regents Park College and she began her ministry here in July 2021.

Margaret Marshall and Malcolm Brown are our Church Secretaries. It is their job to keep us organised!

Margaret is a well-known face in Nailsworth. She loves to be with people but when she isn’t she likes to read and knit.

Malcolm is our link to PSALMS (Putting Sport Alongside Local Ministries), a Christian charity that uses sport to work with children and young people. He also enjoys going on foreign holidays.

This website uses cookies to improve your experience. We'll assume you're ok with this, but you can opt-out if you wish.Accept

This website uses cookies to improve your experience while you navigate through the website. Out of these, the cookies that are categorized as necessary are stored on your browser as they are essential for the working of basic functionalities of the website. We also use third-party cookies that help us analyze and understand how you use this website. These cookies will be stored in your browser only with your consent. You also have the option to opt-out of these cookies. But opting out of some of these cookies may affect your browsing experience.
Necessary Always Enabled
Necessary cookies are absolutely essential for the website to function properly. This category only includes cookies that ensures basic functionalities and security features of the website. These cookies do not store any personal information.
Non-necessary
Any cookies that may not be particularly necessary for the website to function and is used specifically to collect user personal data via analytics, ads, other embedded contents are termed as non-necessary cookies. It is mandatory to procure user consent prior to running these cookies on your website.
SAVE & ACCEPT
Scroll To Top